A small general cargo vessel was sailing in coastal waters at about 13 knots in a moderate 1 metre swell. Two crew were tasked with cleaning work on the foredeck; they dressed and assembled the required hose and equipment before starting forward across the hatches. In rough weather, a safety line was usually used to secure persons walking on deck, but in this case it was judged unnecessary as the vessel was not rolling excessively and there was no water being taken on deck.

At one point, the OOW heard a shout and immediately saw the two crew in the water on the port side, now just aft of the bridge and about 2 metres from the ship’s side. The OOW instructed the additional crew on the bridge to use the binoculars and not to lose sight of the two men in the water. He threw a lifebelt and a smoke marker into the water, then went inside to mark the man overboard (MOB) location on the electronic chart. He then notified the Master before using the autopilot to slowly put the ship into a starboard turn (now almost two minutes after the MOB incident). He then contacted the coast radio station requesting SAR resources. By now, those on the bridge had lost sight of the victims.

Once on the bridge, the Master took over control of the ship and accelerated the starboard turn. He also activated the general alarm to alert the rest of the crew. The vessel made it back to the initial MOB position about 11.5 minutes after the two men had fallen in the water. There was no sign of the victims so another smoke marker was deployed to refresh the previous one. A SAR helicopter arrived on the scene about 40 minutes after the men had fallen into the water and immediately started searching in the vicinity of the floating lifebelt that had been earlier thrown by the OOW. Searches continued with boats and helicopter until darkness but the missing crew members were not found. 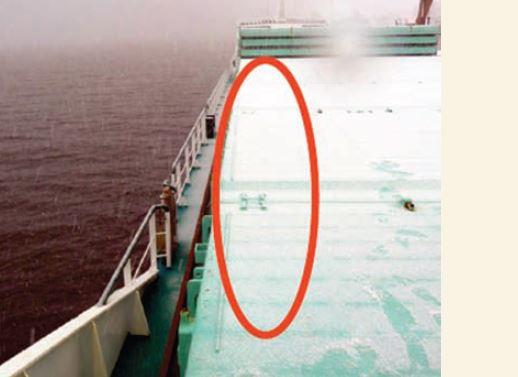 Editor’s note: The Williamson turn is especially useful in reduced visibility as it brings the vessel back on a reciprocal course and into its own wake. However, with good visibility the Anderson turn should be
employed as it is a quicker turn. 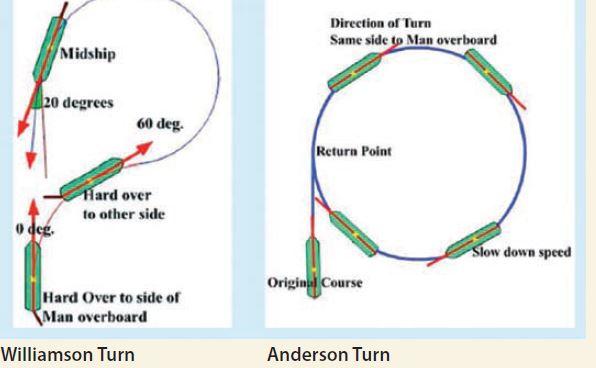