A tanker had discharged cargo and was outbound under pilotage in a restricted waterway when an oil mist detector alarm for the main engine sounded. This caused the engine to shut down. The bridge team went into emergency status and made preparations to drop anchor. While these preparations were in progress, the engine team checked the oil mist alarm system. It was found that the air feed flow into the oil mist detector was not operating according to specification. A loosened fixing nut on the air regulating valve was causing a false alarm.

The system air pressure was immediately increased to normal level, the fixing nut was tightened and the oil mist detector was re-set. The main engine was quickly restarted and the vessel was able to continue the voyage without suffering any negative consequences or needing to drop anchor. 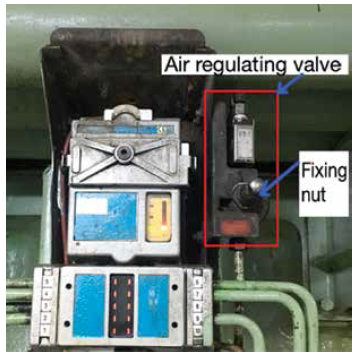